Rhubarb cordial and crumble with a lovely Spinach and ginger soup

Looking back through my blog I came across the lovely day when Asako, Ada and Karina came to harvest spinach and Rhubarb a few years ago.  So when I headed to the allotment this morning for my daily exercise, I found a very chilly but Sunny oasis of peace and hope.

I came back hope with a bunch of tulips, Rhubarb flowers and forget me nots to put inside in a vase. 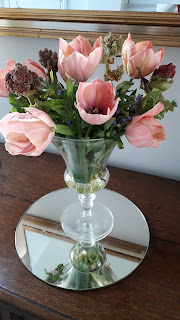 I picked some spinach for the spinach and ginger soup and rhubarb for a cordial and crumble. I used the left over strained rhubarb as the base of the crumble. The topping is one with ginger, almonds, sugar and flour. 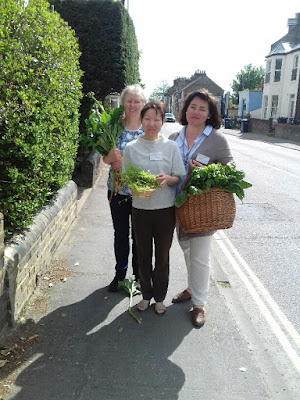 We even managed a glass in the sunshine, whilst the crumble was in the oven. 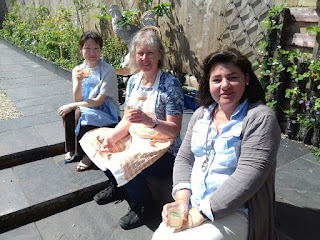 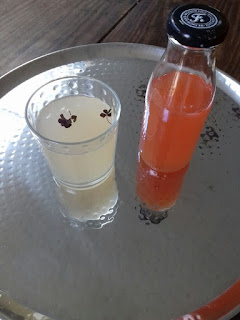 As a desert we have a rhubarb crumble I used the strained rhubarb that was left after making the crumble. The topping with the almonds was divine.


For starters we made a spinach soup.
June and Asako cut the spinach and wilted it in some salted water,
They then added a chopped onion, ginger and a minced garlic clove.
Covered it with a vegetable stock to cover the greens and let it simmer until cooked.
At this point we added some cornflour to thicken the soup a little. Then added some milk to bulk it out. 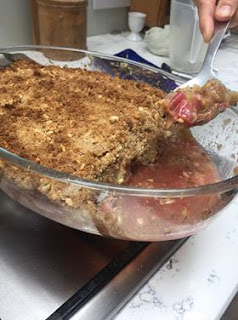 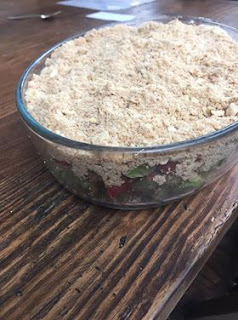 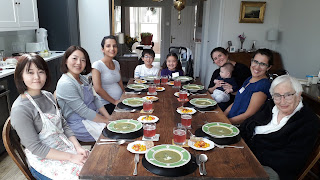