The huge bucket of tomatoes were turned into a quick tomato sauce for the pizza we made but also as a gazpacho topped with cucumber and chives. 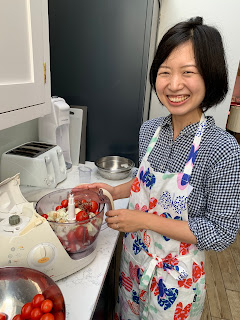 The pizza itself is made mainly on the top stove. We mixed 230gr  self raising flour with 2 tblsps of plain yoghurt, 1 tblsp oil, salt and a little water. Kneaded it into a ball and let it rest in the fridge for a little while. We then rolled it out on a surface sprinkled with semolina to give it a little bit mote 'bite;.
In a large frying pan with a little oil we fried the base until it was golden on both sides. 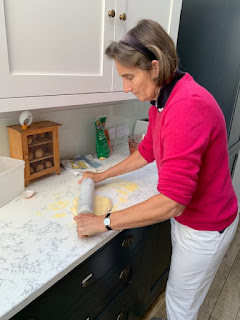 We transferred it onto a pizza stone, spread the tomato sauce, carrot top pesto, grated cheese, tomatoes, baby courgettes, peppers, red onion, mushrooms salt and pepper and some bits of gorgonzola cheese. Put it under the grill until the cheeses were melted and bubbling. Delicious! 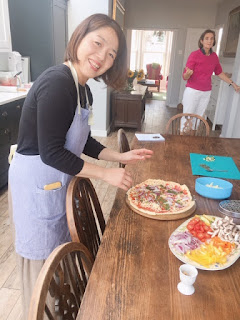 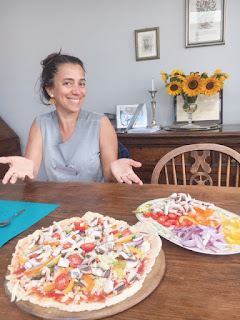 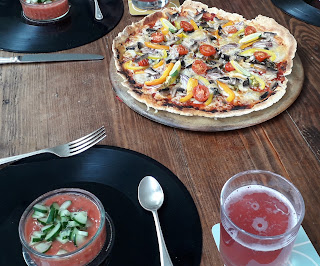 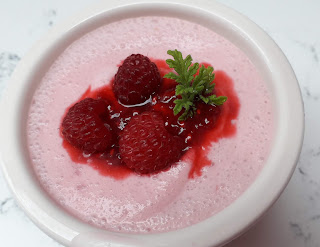 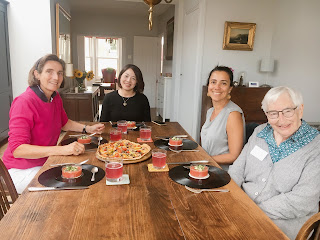