Our favourite Cordial and surprise pancakes

As over the last few months people had commented on their favourite drink. We call it the Danish Spiced cordial. I tasted something similar when visiting my son in Denmark and loved it. Hence a special request from the group to add this in the up and coming book.

The spices I used were cinnamon sticks, vanilla pod, cardamon seeds, star anise and lemon, the end result was fantastic and got the thumbs up! 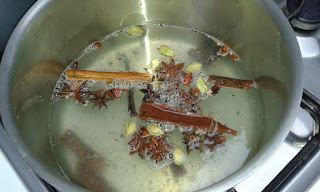 For our main meal, we made another favorite,  Leek, Walnut and Gorgonzola Orzotto. It went down very well. for those of you you want this to be gluten-free, substitute the Orzo for Risotto. 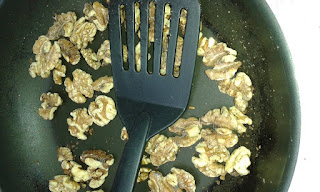 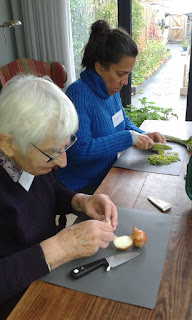 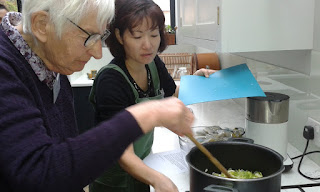 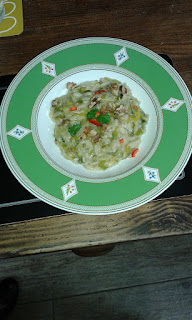 What should have been our dessert, turn out to be eaten straight after it came out of the frying pan. The eggless pancakes were both savory and sweet. The savory ones were made with mature cheddar and smoked courgette 'bacon', for a vegan option use a plant-based milk instead of milk and for the cheese, we used the Nutritional yeast. It was tasty and easy to make. For the sweet version we enjoyed the maple syrup topping as well as the lemon and icing sugar.  A shame we don't have a video our audio recording as the only sounds we heard were MMMM!

It looks like there will be many eggless pancakes tonight. 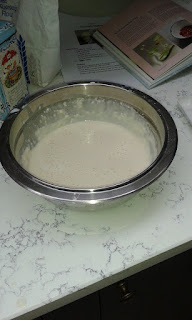 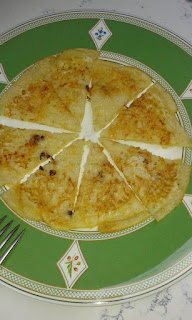