Today there was one recipe that I really wanted to do and that was Erika's demonstration of the agar agar that was given to me by a Japanese friend but I did not know what to do with it as the instructions were all in Japanese. In came our hero and Erika arrived with a pre soaked amount of agar agar and showed us how to make a delicious Fruit Jelly

Erika pre soaked the agar agar for 2 hours before she came to our kitchen.
She then drained it and chopped it fine.
. 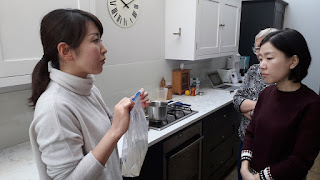 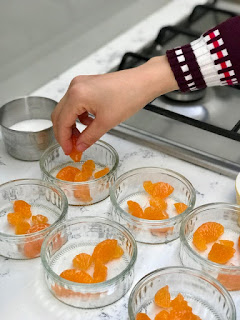 Thank you Erika for showing us how to make it!

As autumn as well and truly arrived,  this morning I harvested all the late (July) sown carrots in my garden. 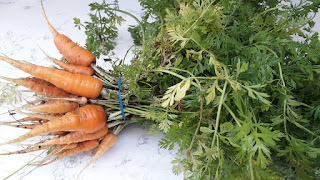 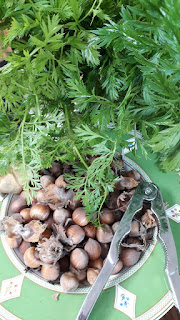 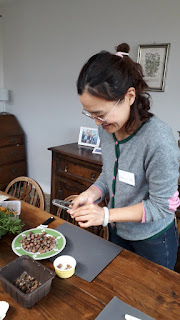 They were small but enough to make a tasty Carrot and Ginger Soup (VG)with. Melendra chopped some almonds as a topping for the soup 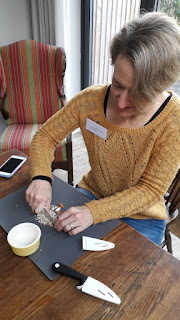 For the recipe we needed butterbean but as there were none in the shop we used rinsed baked beans and the recipe turned out lovely and creamy.
We used some of the carrot tops to make a pesto with and stirred through the soup.  There was loads of it which I put in the freezer for future use.

The pesto called for parmesan cheese, as we were trying to make it as much plant based as possible, we made the parmesan cheese with cashew nuts, garlic powder salt and nutritional yeast.
The nuts we used were hazel nuts (picked from Michael's garden) (thanks Li  and Melendra
for shelling them all!) 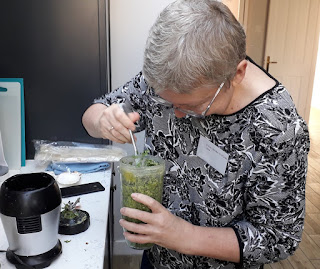 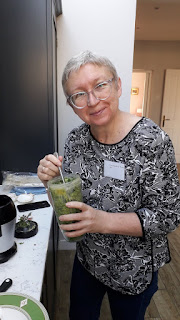 We even had time to have a walk to the allotment, harvest the Spinach in the sunshine

and make the polpette for our main meal, Orzo and spinach Polpette, a tasty and colourful dish. 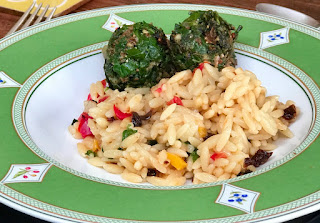 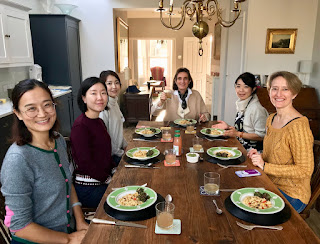