Many years ago, my friend Pat gave me this Cashew nut loaf recipe as my first ever vegetarian Christmas meal. We all liked it, veggies and meat eater alike, so thought to share it with you too. I have included it into my 4th from Spade to Plate book, that is getting well on the way.

Oil from the sun dried tomatoes

1 can of chopped peeled tomatoes 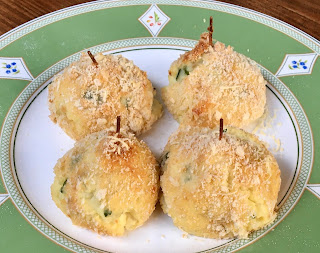 Although they are easy to make they take more than one and a half hour for chilling so something to be aware off. We won't be able to do the whole recipe in our 40 minutes Zoom session

We also made the Halloumi, carrot and orange salad. A fresh and tasty salad that went well with the Nutloaf and potato croquettes. 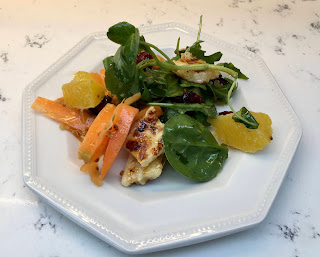 For dessert we made a mincep ie star which we had with a lovely cup of Chai. 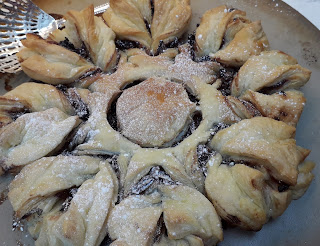 Merry Christmas to you all.
Posted by Karina at 22:56